101 patients with an acute Achilles tendon rupture were randomized to one of two groups: a surgical group, wherein surgical repair was performed and early weight-bearing was encouraged, or a non-surgical group, wherein patients were treated conservatively and early weight-bearing was also encouraged. The purpose of this study was to evaluate these two treatment methods with respect to functional outcomes. Results indicated that patients in the surgical group were not significantly different than the non-surgical group with respect to function, physical activity levels post-injury, quality of life, and the incidence of re-ruptures.

Currently, evidence regarding the optimal form of treatment for acute Achilles tendon ruptures is conflicting. In particular, topics such as surgical versus conservative treatment, early versus delayed loading, and mobilization of the tendon following surgery contribute to this ongoing debate. Adding even more complexity to the issue, outcomes that are traditionally reported include the incidence of re-ruptures; however, recent evidence suggests more emphasis should be placed on functional recovery, rather than the occurrence of these complications. Therefore, this study was needed to compare whether surgical repair with early tendon loading and range of motion was more beneficial in terms of functional and patient-reported outcomes than traditional conservative treatment for acute Achilles tendon rupture.

Over a period of 1 year, did surgical repair with early tendon loading and range of motion yield better functional and patient-reported outcomes in patients with acute Achilles tendon ruptures when compared to traditional non-surgical treatment methods?

Study Characteristics -
Population:
101 patients (18-65 years) with an acute Achilles tendon rupture, diagnosed with a medical evaluation and a clinical evaluation (consisting of a palpable gap and a positive Thompson test result).
Intervention:
Surgical group: Patients in this group (n=49; 43 patients at final follow-up) underwent a standardized surgical procedure, performed in the prone position without the use of a tourniquet. End-to-end tendon repair was performed using two semi-absorbable sutures (No. 2 Orthocord, DePuy Mitek, Norwood, Massachusetts), placed using a modified Kessler technique, and a running circumferential suture as reinforcement (Absorbable sutures - No. 0 Polysorb, Tyco, Norwalk, Connecticut), placed using a cross-stitch technique. Without the use of a cast, the patients' ankles were immobilized immediately post-operatively using a pneumatic walker brace (Aircast XP Diabetic Walker, DJO, Vista, California), and full weight-bearing was encouraged from the first postoperative day. Range of motion and strength training began 2 weeks postoperatively. Patients in this group were mobilized in the brace for 6 weeks. (Mean age = 39.8 +/- 8.9 years; 80% male)
Comparison:
Non-surgical group: Patients in this group (n=51; 45 patients at final follow-up) were treated conservatively. Following randomization, these patients were placed in the same brace as the one used by the patients in the surgical group. Similar to the surgical group, full weight-bearing was encouraged from the beginning. Patients in this group were immobilized in the brace for 8 weeks. (Mean age = 39.5 +/- 9.7 years; 92% male)
Outcomes:
The primary outcome of this study was the Achilles tendon Total Rupture Score (ATRS). Secondary outcomes included the incidence of re-ruptures or other complications, as well as functional tests, patient-reported outcomes and physical activity levels (assessed using the Physical Activity Scale (PAS) questionnaire) measured at 3, 6, and 12 months. Patient-reported outcomes included the ATRS, 3 subscales (activities of daily living, function in sport and recreation, and ankle-related quality of life) of the Foot and Ankle Outcome Score (FAOS), and general health-related quality of life (assessed using the EuroQol Group's questionnaire (EQ-5D). Functional outcomes included two different jump tests (drop counter-movement jump and hopping), two different strength tests (concentric heel rise and eccentric-concentric heel rise on 1 leg), and one muscular endurance test (single-leg standing heel-rise test). These functional tests were performed using the MuscleLab measurement system (Ergotest Technology, Oslo, Norway) and were compared using the Limb Symmetry Index (LSI) (i.e. the ratio between the involved limb score and the uninvolved limb score).
Methods:
RCT: Single Centre
Time:
Clinical evaluations identifying complications took place at 2, 6, and 26 weeks in the surgical group and at 8 and 26 weeks in the non-surgical group. Patient-reported outcomes and functional evaluations took place three times throughout the study, at a mean of 12 +/- 0.7 weeks, 28 +/- 2.1 weeks and 56 +/- 4.3 weeks. The EQ-5D and PAS questionnaires were also completed at baseline.

Surgical repair of an acute Achilles tendon rupture with early full weight-bearing, range of motion and strength training was not found to be statistically superior to non-surgical treatment with immediate weight-bearing, with respect to function, physical activity levels post-injury, quality of life, and the incidence of re-ruptures. It was also found that for those who suffered a re-rupture and underwent subsequent surgical repair, most functional scores measured at 6 and 12 months were not significantly different than those of patients who did not suffer a re-rupture.

The results from this study suggest that surgical repair for acute Achilles tendon ruptures with immediate full weight-bearing and range of motion is well tolerated, but is not superior to non-surgical treatment with early weight-bearing. This lack of significance, however, may be attributable to type II error. Therefore, optimal treatment should be specific to the individual and their specific goals. Future research could assess this correlation more accurately by quantitatively measuring the amount of time patients actually spent bearing their weight post-injury, instead of simply encouraging the patients to immediately bear their full weight post-injury. 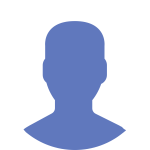